The CLAIRO project (CLean AIR and CLimate Adaptation in Ostrava and other cities) aims to achieve systematic reductions in air pollution by planting appropriate greenery with a proven ability to absorb pollutants from various sources. Ostrava’s partners in implementing the project are the Moravian-Silesian Region, the VŠB Technical University of Ostrava, the Silesian University in Opava, Palacký University in Olomouc, Smart & Open Base for Innovations in European Cities and Regions (SOBIC), and the Těšín Silesia Association for Regional Territorial Cooperation (RSTS).

A living lab in Ostrava

The first part of the project research began in 2019, when scientists from Ostrava’s Technical University installed sensors to measure and monitor air quality at a location in the city’s Radvanice/Bartovice district. The sensors allow the team to track the concentrations of particulate matter (airborne dust), ozone and nitrogen oxides online, without having to carry out a complex process of laboratory analysis. The sensors will operate at the selected locations for almost eight years without interruption; this will enable scientists to identify how concentrations of air pollutants have evolved from their baseline levels before the new greenery was planted to the situation during and after the plantings. Besides the location in Radvanice/Bartovice, the team was also carrying out pilot measurements in other nearby towns and cities: Třinec, Opava, Frýdek-Místek, Karviná, Havířov and Rychvald.

Based on the data collected from ongoing measurements, combined with meteorological data, scientists created models of how current vegetation and the proposed new plantings capture and absorb pollutants from the air. Experts from the Silesian University in Opava have thus was able to select species that are more resistant to pollution and are able to capture more airborne dust in the long term. During April 2021, a total of 442 new trees, 1 867 shrubs and bushes, and 14 700 m² of lawns and grassy areas were planted in Radvanice/Bartovice.

Besides monitoring how the greenery captures pollutants, the project team was also investigating the plants’ response to treatment using a mixture of substances experimentally developed by scientists at Palacký University in Olomouc. This special treatment agent contains a range of biostimulants, anti-stressors and seaweed extracts. The scientists are convinced that these substances will boost the plants’ resilience and improve their ability to capture and absorb dust. The team was monitoring how the plants succeed in overcoming the negative environmental factors to which they are exposed, particularly severe drought and major temperature fluctuations. The scientists expect that the trees and bushes treated with the specially developed agent will be healthier and better able to photosynthesize, thus creating denser and higher-quality foliage; these factors will have a positive impact on the greenery’s ability to capture air pollutants. 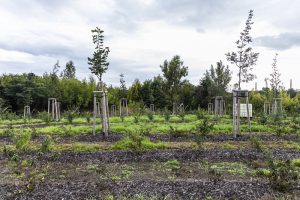 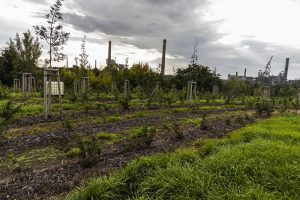 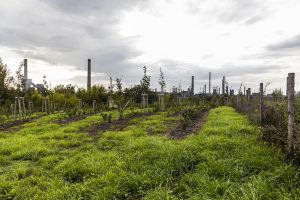 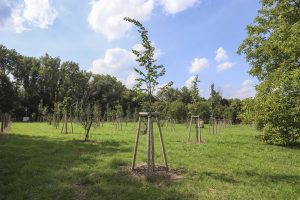 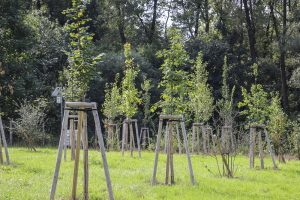 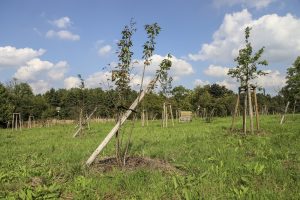 What are the project outcomes?

The scientists in the project team have summed up the basic principles of CLAIRO in a document entitled the Innovative Greenery Proposal. Alongside several other key documents, this proposal will form a basis for new methodological guidelines to be presented in a scientific publication containing details about the measurement process, pollutant capture and greenery planting. These methodological guidelines represent one of the main project outputs; they will serve as a practical manual for urban greenery plantings. The project team also compiled a database of plant species with a proven effect on reducing air pollution; this will be useful to cities and municipalities when choosing which species are most appropriate for planting at particular high-emissions locations.

Further important aspects of the CLAIRO project include education, the involvement of local communities, and the dissemination of know-how. Two of the project partners, SOBIC and RSTS, conducted a survey investigating public attitudes to air quality and urban greenery, involving more than 1 200 respondents. During April 2021, several webinars were held for the general public and secondary schools. The City of Ostrava also collaborated with a number of project partners to organize workshops and conferences for experts and representatives of municipal governments.